In March I blazed my way through 7 books, I was lucky as 6 of them were good reads. Here’s how I got on; 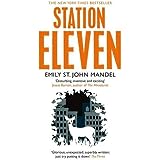 The first book I picked-up in March was Emily St-John Mandel’s excellent take on a post apocalyptic. fusing a sense of wonder and lost together for a world without society, electricity or modern trappings. Each character joins the dots to brilliant 3rd act

The Girl With All The Gifts

Next it was M.R Carey’s fantastic take on the Zombie story. Like Mandel’s Station Eleven above it focuses on the a post apocalyptic world and  a group of survivors with a small zombie
child in tow

The Girl With All The Gifts

Next up to bat was Nick Cutter’s The Troop, a cross between Lord Of The Flies and Slither. unfortunately for me this fell flat. unlikable characters and it had a feel of being done before.

The Name Of The Wind

Time for some high fantasy in Patrick Rothfuss’s The Name Of The wind. Losses it pace in  the middle but beginning and ending more than make up for it. Even if the main character is annoyingly perfect.

The Name Of The Wind

Time to get hard boiled in Ross MacDonald’s Moving Target. Introducing Lew Archer investigating his first case. Money, kidnap and religious cults are all used in this classic noir story.

Chuck Palahniuck’s debut novel, left it’s mark on culture and had everyone quoting from it. A social commentary of the 90’s that still stands 20 years latter. 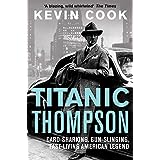 Last up was Kevin Cook’s treatment of Titanic Thompson’s life. Profiling the highs and lows of the the greatest conman of the 20th of century. In one with a pass interest in hustling, conmen, golf or even American folk heroes.

And there you have it not a bad month for reading, six solid books and one that fell flat percentage wise that is good odd as Titanic Thompson would say.