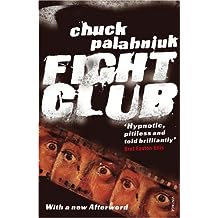 Back in 1996 I was 14, back then the internet was mainly a pink and green slap in the face to good design. In fact if you wanted to use the internet you had to make a phone call. Mobile phones were the size of house bricks. Porn came in magazine form and late night TV on obscure Sky TV channels, grunge had come and was now dying. And if you was in the know you could find VHS tapes of obscure wrestling promotions not the WWE or WCW but crazy Japanese stuff where they used fire, water melons and a whole host of other objects that happened to be laying around. There was rumors of something called Cage fighting making it’s way around the playground.

“In UFC you can use a chain saw. My cousin has a video of it”

“In UFC it is so brutal that the ref has a gun and if you win your match you have to fight a polar bear” way back then who know what was going on in the promised land of the USA? And anyway my heart was still broken over Pamela Anderson marrying Tommy Lee the year before. But more importantly no one had heard the first rule of fight club.

Fight Club is not my first brush with Chuck Palahniuk, a couple of years ago I had read haunted and I can recall very little of it, someone cutting their hair off and an escapade with a doll. I had also made it halfway through the movie, fell asleep and didn’t bother finishing. I finished the book in two days.

The story of fight club is an echo of millions around the world an average Joe who hates their job who is looking to escape from both the 9-5 and insomnia. He meets Tyler Durdan who encourages our unarmed average Joe to emancipate him self from drudgery of work, find the little sparks in life, form fight club where other average Joe can meet and punch it out. Fight club grows. Stuff happens.

Chuck writes with pinpoint accuracy summing up his view on the 9-5, why we should leave it become the captain of our own ship. If you read past the story the book almost becomes one of the greatest self help books ever wrote, move aside How to win friends and influence people. Palahniuk has left an indelible stain on culture.

Every white collar chap, wanting to make Debbie from marketing laughs will use the famous line from the book but he wont use it verbatim no he will had his own twist “First rule of first quarter fiscal reporting club is, you don’t talk about…”

In Palahniuk’s 2005 afterword to the novel he has the line misquoted to him; to which he replies “I wrote that” to the stunned tour guide who uttered the line.

I am sure most who quote the work quote the film version, but they miss so much by not reading the book, it’s a great shame that people will quote the lines, change their names to Tyler but not engage with the source material.

Fight club hits the nail on the head, it has comedy , romance and horror that is never over stated it just works. The ultimate self help book for the down trodden.