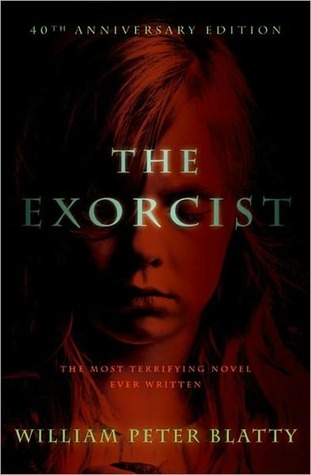 It’s seems every decade has had it Satanic panic, the 1960’s had it’s Manson murders, Rosemary’s baby, The First Church of Satan and the old Barbara Steel films. The 1970’s saw the rise of poltergeist mostly in the way of Enfield poltergeist, Damien of The Omen fame and of course William Peter Blatty’s The Exorcist; often quoted by British film critic Mark Kermode as the greatest film ever made. The 1980’s saw the true Satanic Panic, cults on every street corner, any heavy metal album played backwards would enter you in to a pact with Old Nick to sell your very soul, except the records of christian heavy metal band Stryper for obvious reasons. The 1990’s again saw music being responsible with such acts as Marilyn Manson being held up as the poster boy for all that was unwholesome at the time.

Blatty’s Exorcist is for me the corner stone of all possession stories if you have read A Head full of Ghost. you will notice it is an uplift to Blatty’s 1970’s blue print. The story centers around Regan the daughter of a well heeled Hollywood actress, who happens to be working on her next project in Washington at the local Jesuit college.

It starts off slow, there are the usual bangs and knocking one would associate with a haunting. Stuff goes missing and appears in placing, there is an Ouija board too. Regan starts to become ill and traditional medicine has now answers so it’s to psychology and aliments of the mind becoming the reason of the illness. Enter priest Father Karras who happens to be both of the cloth and a physiologist, who is struggling with his own faith.

The story is a slow boil and is both a horror story and a physiological thriller, I am not sure by reading it, is Blatty  pro or against the Catholic church. it never crosses the line in to praise or scorn. Blatty’s style and prose is not straight forward either paragraphs switch between characters who may not even be in the same room.

“He walked up the stairs”

It is an interesting style and does take some getting use to it maybe a detraction for some readers but after a while one gets to enjoy it. The real gem of the story is the brilliantly realized Kinderman , LT of detectives across between Columbo and Phillip Marlowe. A character that needs seeking out and devoured in the best sense.

Faith, loss, a mothers love are recurring themes through out the book Regan’s mother knows what happens to at least one person does she do the right thing?

It may be a little dated at times, but it works will and you can understand why the film always pops up in them 101 horror movies to see before you die lists. it is a slow boil but a lot of the best horror is. Read that then read A Head full Of Ghost the fitting homage to Blatty.